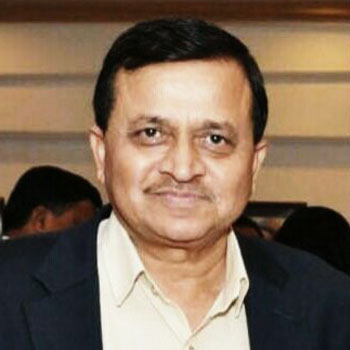 The Back-Bone of MBF

Advocate Shashikant Pawar, popularly known as AppaSaheb, is an unique personality and is as an Institution by himself. He is absolutely apolitical, nonreligious, secular and a Friend of all. It is because of these qualities that he has been at the highest hierarchy and holding highest posts in Maratha & Kshatriya Organisations like Akhil Bhartiya Maratha Mahasangh, Maratha Mandir, Bharatiya Kamgar Karmachari Mahasangh, Akhil Bharatiya Kshatriya Mahasabha, Maratha Businessmen Forum, etc.

AppaSaheb had convened a meeting of few Maratha - Businessmen with the agenda to bring together Maratha Businessmen and to initiate the process of forming Maratha Businessmen Forum, (MBF) which could give the guiding platform for the people from Maratha Samaj which could encourage them to come into Business and create more opportunities of jobs, for our own people rather than their doing jobs, at others’ places, with the typical mentality of 'Marathas can’t do business’. For AappaSaheb, wheneverany concept or idea struck to his mind, which he thought, would help Maratha or Kshatriya Community, he never looked behind but went ahead in implementing the same.

AppaSaheb has further advocated that, “Hereafter Marathas should not run after jobs or services, but as against that they should offer jobs and services, by starting their own business”. According to him, Marathas should thus become Entrepreneurs. This is the basic and foundation given by AppaSaheb for starting the “Maratha Businessmen Forum – MBF” on 10th October, 2014.

SUCCESSFUL DEPUTATIONS OF 5 YEARS WITH AIR INDIA:- The Govt. of India, lent Services of Shri. ArunP.Pawar, to Ministry of Civil Aviation, MOCA, GOI, Air India, for 5 years,(1996-2001) & sent him on Deputation as Advisor –Tax, AI at the level of Director, Air India. During the Deputation period in Air India, he made a positive contribution in resolving many complicated Taxation issues & also brought about Tax planning measures, to save Taxes of over 1000 cores for Air India.

Presently this village has become a Tourist place and attraction for visitors coming from not only different parts of India, but also from Abroad.

Entrepreneur Mr. Rajendra Sawant who is an eminent personality in Real Estate and Chairman of Nirman Group of Companies.

He is associated with BIA,
MCHI-CREDAI,
NAREDCO,
IMC as an Executive and Advisory Committee Member.

He has 27 children (2 of his own and 25 adopted from Orphanage Home.) He has been affiliated with several awards like Maharashtra Bhushan and Udyogshree. He has been recently awarded with Udoygshree by Maharashtra Patrakar Sangh. He has also been invited for the Panel discussion in several media channels to discuss on RERA, Housing related issues etc. He is passionate of sharing knowledge and mentors the Entrepreneurs. He has been coaching and guiding on different day to day aspects of success of an entrepreneur since last 4 years